UO calls for independent investigation of the PPB

UO calls for independent investigation of the PPB 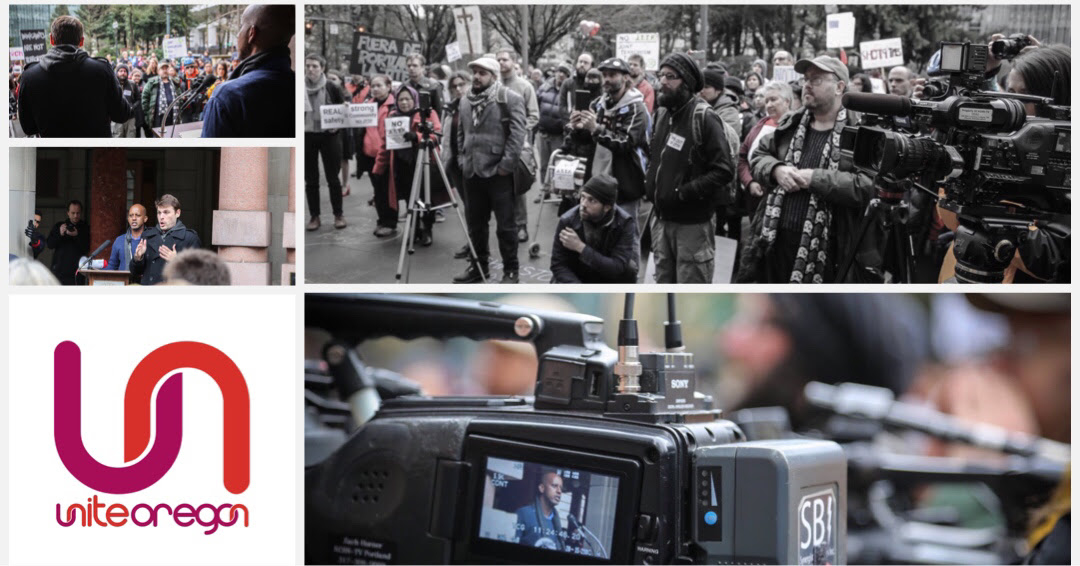 These news outlets exposed text messages showing a warm relationship between the Police Bureau and alt-right activists. This officer shared information about the movements of progressive activists during demonstrations, and also told Gibson "I want you to know you can trust me. Don't want to burn that," in a September 2017 text message. We are especially troubled given Police Chief Outlaw's statements to right-wing talk radio host Lars Larson this summer, condemning anti-racist protesters after a clash between Joey Gibson's Patriot Prayer group and anti-fascists downtown. Why does PPB seem more deferential to these out-of-town protesters than the citizens of Portland who pay their salaries?
It's clear that the Portland Police Bureau is compromised, and it cannot and should not lead an investigation of itself. Unite Oregon joins with our partners in calling for a independent investigation into PPB's actions, and Lt. Niiya's relationship with Patriot Prayer leader Joey Gibson. We demand that Mayor Wheeler appoint an independent investigator that the community trusts, and not allow Chief Outlaw and the PPB to lead this investigation.

Please call Mayor Wheeler and let him know that we will trust nothing less than an independent investigation.