Many folks in our communities have already heard the news that the Trump Administration will be launching raids targeting undocumented folks, starting this Sunday. We still don't know what the scale of these raids will be, but we want to share everything we know:

• The best information we have is that ICE will be targeting people in the following cities: Atlanta, Chicago, Baltimore, Denver, Houston, Los Angeles, Miami, New Orleans, New York City, and San Francisco. While we do not believe the raids will target folks in Oregon, it's important to be vigilant!

• National partners estimate that ICE will target between 2,000 and 10,000 families for deportation.

• ICE says they will follow their "sensitive locations policy," which prohibits them from arresting people at courthouses or in churches. That said, we know that ICE lies about that policy all the time, and we do not believe that they will follow it this time around.

• The people who will be targeted include people who were ordered deported after missing a hearing with an immigration judge (which you'll hear ICE and the media call "removal orders in abstentia," which just means someone who was ordered deported without being present at the hearing). It will also include families with children who are going through deportation proceedings.

The most important thing right now is to know your rights when ICE comes to your door. The graphic below in English and Spanish outlines how to keep yourself the safest if the worst happens.

One of the most important things is having a plan: make sure you and your family discuss what should happen if you or a loved one is detained by ICE. Identify who will care for your children if you or your partner are detained. You can find a helpful guide to preparing for the worst from the Tennessee Immigrant and Refugee Rights Coalition in English or Spanish.

2. Include a path to citizenship within reasonable time;

4. Include all immigrant and refugee communities (LGBT, HIV positive, people with disabilities, etc.);

5. Ensure due process for immigrants, refugees, and asylees; and

6. Include enforcement that is fair does not rely on racial profiling and border militarization.

Driver's Licenses for All

The ability to drive legally is a core everyday need for many Oregon families as people take their kids to school, commute to work, and take care of family and neighbors in need. Excluding Oregonians from the ability to get a driver’s license because of their citizenship or immigration status puts our neighbors at risk and makes it harder for them to care for themselves and build a better life for their families.

In 2019, the Oregon Legislature is considering House Bill 2015, the Equal Access to Roads Act, which would give EVERY Oregonian access to a driver's license. Oregonians shouldn't have to live in fear of being deported or having their families torn apart simply because they are taking their kids to school, going to work, or taking care of their family or neighbors.

Our lawmakers need to hear from us. Will you take a moment today to stand up for immigrants and refugees, and tell your representatives in Salem to vote YES on HB 2015?

If you see immigration agents (ICE/ La Migra) in your community, call: 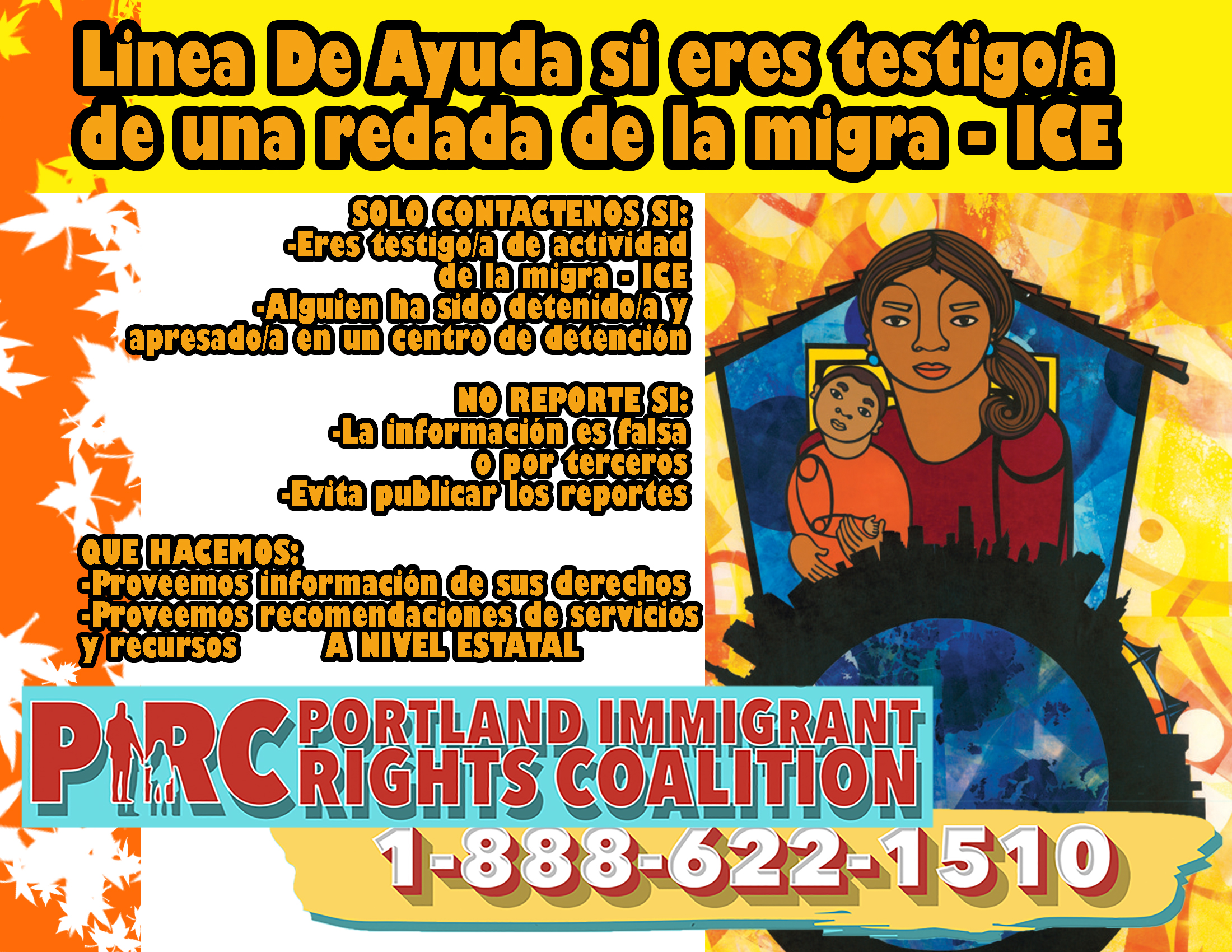